Your horoscopes for November 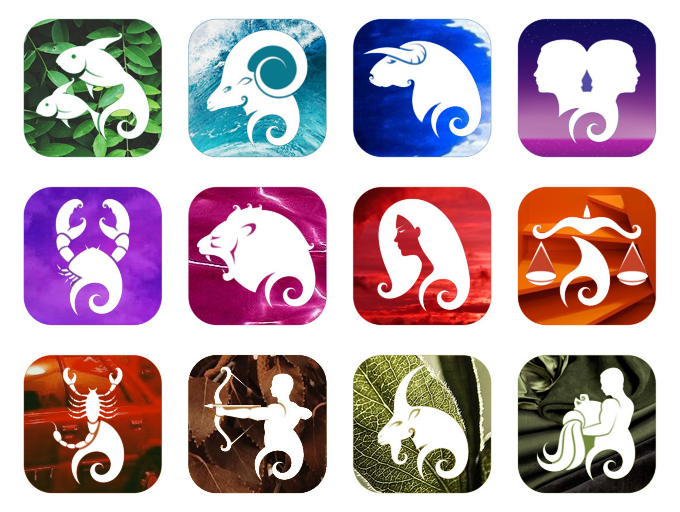 Aries is someone who likes to be the leader and isn’t afraid of thinking outside the box. They are normally quite adventurous and always full of energy, but may tend to be impulsive, impatient, or a risk taker.

Last month, you may have felt like you weren’t yourself after a slight drop in energy levels; however, this month is not the case. As the Mercury retrograde is now coming to an end, you’re now back to your usual self with energy and enthusiasm levels back up. This could possibly help you get ahead of the pack this month, whether it be in work or at school, so use this month to your advantage!

Taurus is patient, warm-hearted and one that can be relied on even in the hardest of times. A Taurus is quite persistent and determined in anything they do, but sometimes they may be unwillingly to welcome change.

This month is a time to check in on yourself and relationships that may have been on hold for quite a while. If you have been feeling like things have not been going well or your normal demeanour has been off, take a bit of time to readjust this month and get back into the groove with your friends, family, work, school, and relationships.

Versatile and adaptable, Gemini is someone that can adapt to the many situations they’re faced with. They are also witty, lively and normally the life of the party. However, they can be overly analytical, leading to their indecisiveness.

Due to Mercury being the ruler of Gemini, the recent Mercury retrograde might have thrown you off course a bit, but that’s okay! You might’ve felt like nothing has been going the way you would’ve liked this month, but you always welcome a challenge. This month, try to concentrate on rebuilding and refocussing yourself.

Cancers are protective, loving, and creative, with a knack for knowing exactly how to read people’s emotions and empathise with them. However, they themselves may find it hard to see the light in things and are known to be one of the most challenging signs to truly understand.

Last month, you may have felt a bit overwhelmed and bombarded with emotions, which might have resulted in you being a little moodier than usual. You might’ve also felt as though life was a bit chaotic, so this month try to reflect and re-evaluate your life, aiming to return to what you consider normality.

Leo is a sign that is generous, warm-hearted, and creative, with a side that can only be described as loving to those who are close with them. Although Leo’s confidence and leadership skills are one of their many admirable traits, they are also known to be too caught up in their achievements at times.

You might’ve felt as though your relationships with friends or family have been going astray; however, most of this has been out of your control. This month, try to hone in on completing something that has been on your to-do list for quite a while, as well as reconnecting and rekindling past relationships.

Although Virgos may be modest or shy, they are analytical and reliable in many aspects of life. They may seem like they are perfectionists or all work and no play, but they are fiercely loyal to those who are close to them. Do not take them for granted!

Due to the Mercury retrograde last month, you have been in a period of your life where there has been immense disorganisation and disorder. It also doesn’t help that Mercury is the ruler of Virgo, meaning this retrograde has impacted you more than others. This month, focus on rebuilding and enforcing an order into your life; everything will slowly come back together within a few weeks.

Diplomatic and easy-going, Libra is a sign that is always good to be around. While they possess qualities of being an idealistic and peaceful person, they can also tend towards following others. They are sometimes indecisive, which may not work in their favour when faced with a crucial decision.

You may have been facing difficult times over the last month since you might’ve felt as though you have been mentally or physically distanced from your loved ones. Thus, you should be trying to reconnect with them in as many ways as possible, whether it be through social media or catching up with them in the flesh since restrictions have now eased!

Scorpio is a sign that is always full of excitement and passion. With this in mind, they are normally the key ingredient when trying to have a good time! However, they are also known to be headstrong and secretive, which may work well in a game of ‘Among Us’ but can come across as somewhat judgemental in reality.

Last month might’ve seemed chaotic and bit of a conundrum, with twists and turns that have given you some discomfort. It may have also felt like this period would not come to an end, but it essentially has. So this month focus on rebuilding and reinventing yourself!

Sagittarius can only be described as optimistic, adventurous, and good-humoured. They are normally seen as quite extroverted people, but this can be anywhere on the extrovert spectrum. Sometimes, they can be a bit too optimistic and a little impatient.

Recently, you might’ve felt like there have been so many roadblocks and stop signs preventing your normal demeanour. Maybe you have been feeling a little unmotivated or disorientated with what life’s been throwing at you. So this month, take some time to get back into the groove of things and everything will sort itself out!

Capricorn is someone who is ambitious and practical, making them a person that aims high and is not afraid to commit to something they enjoy. They are also quite strongly opinionated and can come across as reserved, resulting in those who don’t know them to perceive them as distant.

Recently, everything in the grand scheme of things may have appeared to come to a halt, and you’re probably feeling like you have been doing absolutely nothing with your life. However, this coming month is a time to get back onto your feet and re-energise yourself. Get straight back into what you love doing!

Aquarius is extremely loyal and honest, and someone who is quite independent and happy to chug along by themselves. Although they can sometimes appear unemotional or unpredictable, they are always a good person to have by your side.

You might’ve felt as though you have been in a bit of a bog during the past few weeks, where things you used to rely on were not available for you anymore. This could’ve been particularly annoying, as you are normally quite self-reliant and independent. In the next few weeks, try to search for different ways to approach a situation, and you might just develop some new skills and new relationships!

Compassionate and selfless, Pisces is very people-orientated and always putting other people’s needs before theirs. In addition to being extremely imaginative, Pisces are a great shoulder to lean on. However, they can appear a little secretive and irrational when worked up in a state.

Last month, you might’ve felt like your energy levels have been a bit down and your emotions just a bit off. This may have left you quite confused, as you’re usually in tune with your emotions. So this month, try focusing on yourself more than others. This may be a challenge, but having a break is what you need right now to get back in tune with yourself!

July Horoscopes 2022 And we are back everyone! After what seems to be an extremely busy year, I hope...
Read more
Previous articleNefarious Poaching and the Illegal Wildlife Trade is changing our world Now
Next articleBeautiful, Burning Tree
Share
Facebook
Twitter
Pinterest
WhatsApp
- Advertisement -